About the time I completed my last article for Cengage Tech, I was already thinking about the topic for my next post. Hearing about a Cengage patent application caught my attention, and after pitching the idea of writing about the underlying process, I started to meet with key players associated with the provisional patent application. A backstory emerged.

At Aspire, a Formula One executive with Red Bull Racing told this story about a teammate named Dave.

Dave was a truck driver for Formula One racing events, and during one event in Europe where the weather was questionable, suggested that someone should go upwind from the race track and radio weather reports, indicating when it starts to rain. The driver would then know when to stop and change the tires for rainy track conditions. His idea was dismissed. Dave took the initiative anyway — going miles from the track and calling in on the driver’s channel to let the team know that rain will arrive in 20 minutes. It was earlier than the team had wanted to stop, and the driver was in 3rd or 4th place. However, the driver was brought in, and a lap later, rain started to fall giving the team a competitive advantage as the other cars slowed, and at the end of the race, their first championship.

As an appreciation of gratitude, the team gave the trophy to Dave.

Breakfast with the CTO

Sometime after Aspire, George Moore (Chief Technology Officer) had breakfast with a small group of employees, one who had just started.

Despite being new, Steve G. (Enterprise Architect, Content Systems) recognized the awesome work in progress at Cengage, and with a particular feature in mind, asked why we don’t patent the software. George was engaged and took an action item to see what it would take to get a patent.

The next day, Steve came into the office and ran into Mike.

George connected with Doug M. (Chief Architect) to find out more about the software and whether to pursue a patent application. The ball was then tossed to Mike with instructions to look at applying for a provisional patent. After realizing the effort would require more than a half hour, Mike enlisted Steve (aka Dave) to help. After all, it was only right to include the person who came up with the patent idea, especially if there was work to do.

Work consisted of meeting with legal and outside counsel (an intellectual property lawyer) to understand the patent process, describe the software and its vocabulary, and to determine whether the technology would qualify for a patent. Mike and Steve collaborated on developing the information, which included generic, high-level diagrams. In the meantime, legal conducted preliminary research to confirm that the technology did not already exist in the marketplace. The information was assembled in a document that Doug reviewed before being delivered to outside counsel where the application was developed. 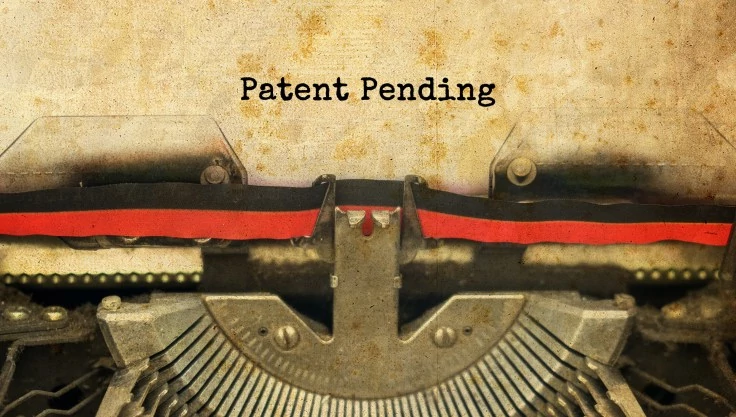 Out of the single provisional patent, several actual patents will likely emerge. For each, claims will need to be proved with precise language, so they are less likely to be struck down if those aspects of the technology exist elsewhere. The software will need to be fully built and in production.

Since actual patents are expensive, the decision to go forward will likely hinge on how core the technology is to the business and its value, or how the patent could be licensed or sold.

In the meantime, the provisional patent buys time to develop the specific claims not to mention a full year of secrecy. More to come.

Mike indicated that although he and Doug knew that the software was interesting, their close engagement with and the incremental progress of the work did not allow them to appreciate the unique nature of the technology. In a way, the novelty was revealed through a chain of events. With the story of Dave in mind, executive leadership was more receptive to acting on an idea that framed the work differently and provided a fresh perspective to unlock other challenges.

A culture that allows an environment in which people can ask, suggest and even push back is one that engages its workforce while uncovering a wider range of opportunities. Nine months in now, I see this in my own experience at Cengage, also attending breakfast with the CTO and comfortably interacting with senior management.

A culture evolves with events like Aspire, which represents an exemplar because its learnings are implemented in the workplace.