FARMINGTON HILLS, Mich. – March 23, 2021 – Gale, a Cengage company, is introducing the first module of its new Declassified Documents Online: Twentieth-Century British Intelligence series. Declassified Documents Online: Twentieth-Century British Intelligence, An Intelligence Empire brings together previously classified documents from The U.K. National Archives that offer new viewpoints on the machinery of British intelligence, decolonization and global policy and strategy, including important insight into international politics and diplomacy in the 20th century. Available on the Gale Primary Sources platform, this never-before-digitized collection gives scholars and researchers access to thousands of top secret files that provide historical context on the history of British intelligence. Now researchers can make comparisons and connections, enabling greater understanding of the historical impact Britain’s intelligence agencies have had on the world today. Read Gale’s blog about this new archive.

“Looking back on the 20th century from an intelligence perspective can help us understand how the geopolitics of the 21st century developed, and how the world as we know it came to be,” said Seth Cayley, vice president of Gale Primary Sources. “By bringing together material from across security and intelligence branches, Declassified Documents Online: Twentieth-Century British Intelligence, An Intelligence Empire will help scholars and researchers delve into the role of intelligence in theory and in practice, while newly declassified pieces offer possibilities of new research and new readings of historical events.” 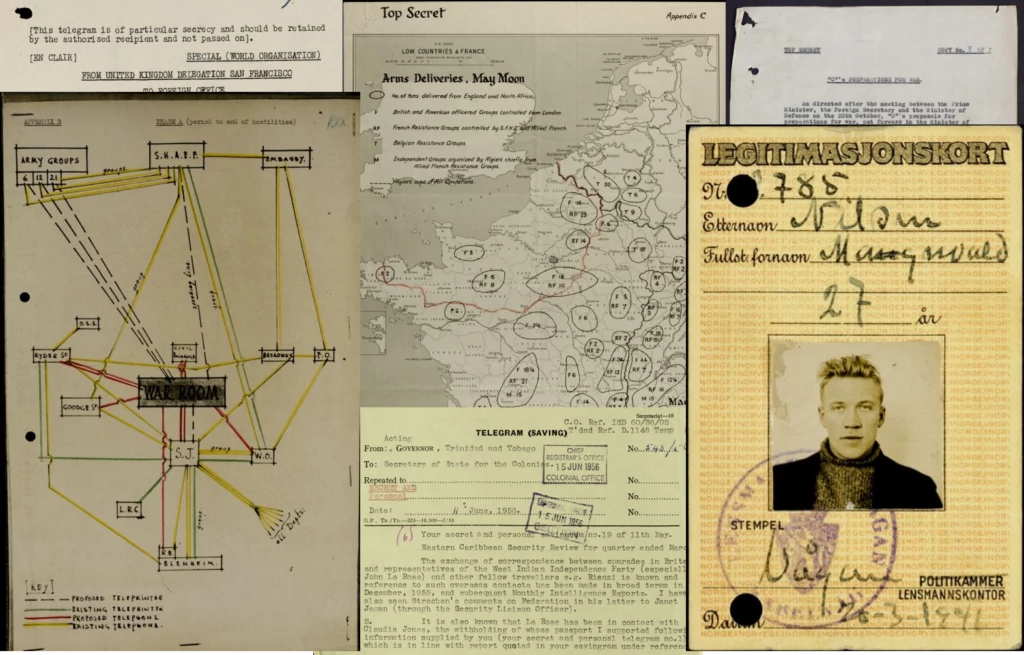 An Intelligence Empire provides insight into the interests and activities of the British Empire, its allies and enemies through highly secret documents, from the precursors to Room 40 in WWI and WWII networks of subterfuge and resistance, to the geopolitics of the Cold War and beyond.

View/download images from the archive, here.

This vast collection includes top-level memoranda, registered files, correspondence and policy documents from British government agencies and committees working within intelligence and security, including MI5, the Ministry of Defence and the Joint Intelligence Committee. The breadth and depth of the archive makes it a major source for 20th century teaching and learning.

An Intelligence Empire brings together files from five departments:

With the release of this archive comes a host of new search capabilities for teaching and researching that are exclusive to the series:

About Cengage and Gale

Cengage, an education technology company serving millions of learners in 165 countries, advances the way students learn through quality, digital experiences. The company currently serves the K-12, higher education, professional, library, English language teaching and workforce training markets worldwide. Gale, a Cengage company, provides libraries with original and curated content, as well as the modern research tools and technology that are crucial in connecting libraries to learning, and learners to libraries. For more than 60 years, Gale has partnered with libraries around the world to empower the discovery of knowledge and insights – where, when and how people need it. Gale has 500 employees globally with its main operations in Farmington Hills, Michigan. For more information, please visit www.gale.com.