BOSTON—May 25, 2021— Despite the time and money invested in earning a college degree, almost half of higher ed graduates won't apply to entry level jobs because they don’t feel they have the right skills. That’s according to findings from the Graduate Employability Report by Cengage, an education technology company. Surveying 1,600 recent graduates of two-year and four-year colleges, the report examines graduate employability, education ROI and degree stigma.

Today, colleges teach students valuable subject-matter skills that are critical to their profession. Findings show, however, that institutions need to improve when it comes to teaching business and job-related skills students need throughout their career. Upon graduating, more than one in three (38 percent) say they hardly use the skills they learned in college and one in five (21 percent) say their college didn’t teach them the business skills needed to do their job. 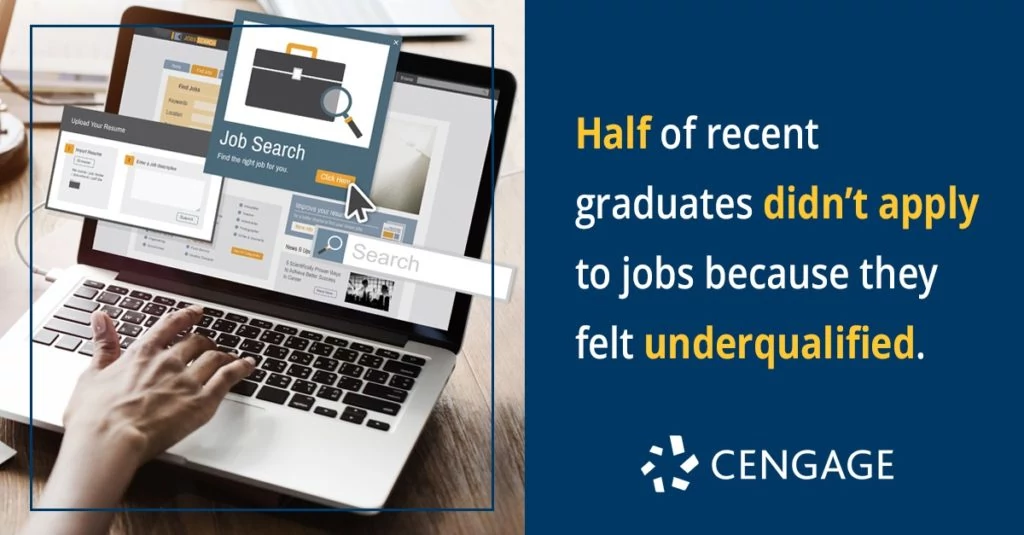 “As more students question the value of a degree, colleges, universities and the partners that support these institutions, need to invest as much in job-ready skills, such as effective communication and people management, as they do traditional academics,” said Michael Hansen, CEO of Cengage. “There is an opportunity to evolve the current systems of higher education and integrate career preparation, certification(s) and internships into course curricula.”

Results also show that there is equal room for improvement on the employer side. With more than 35 percent of all jobs today requiring a bachelor’s degree to apply, employers have created the perception that candidates with two-year or non-traditional degrees are less qualified. In fact, this stigma prevented half of qualified two-year graduates (50 percent) from applying to a job because they felt their peers had higher degree merit.

“Employers need to rethink archaic hiring standards,” Hansen continued. “A traditional degree path is not a reality for many Americans and four-year degree requirements can penalize applicants who follow untraditional education paths. By prioritizing skills not just degrees, business leaders have an opportunity to remove existing barriers, helping to close labor shortages and boost our economic recovery.”

Hansen continued to say that, “the reinvention of education relies on academic institutions being held accountable to the students they serve; to help them develop the skills and experiences they need to be employable post-graduation; as well as employers committing to require an appropriate skillset and credential commensurate with the roles they have to fill, nothing more, nothing less.

“At Cengage, we are driven by the ‘Education for Employment’ model where educators are responsible for instilling the capabilities and skills within each learner, equipping that individual to gain meaningful employment at the completion of their education endeavor, be it a two- or four-year degree, if pursuing a traditional higher education track, or something else.”

Cengage’s Graduate Employability Report was conducted in March 2021 and polled 1,600 working Americans 18+ who graduated from a two- or four-year institution in the past five years and are currently employed in retail, hospitality, healthcare, manufacturing, finance or technology. This survey was conducted direct-to-consumer via mobile devices.

Cengage, a global education technology company serving millions of learners, provides quality digital products and services, equipping students with the skills and competencies needed to advance their careers and improve their lives. We serve the K-12, higher education, professional, library, English language teaching and workforce training markets worldwide. Our industry-leading products and services make education more accessible and affordable, including Cengage Unlimited, the first-of-its-kind all-access digital subscription service. Visit us at www.cengage.com or find us on LinkedIn, Facebook or Twitter.